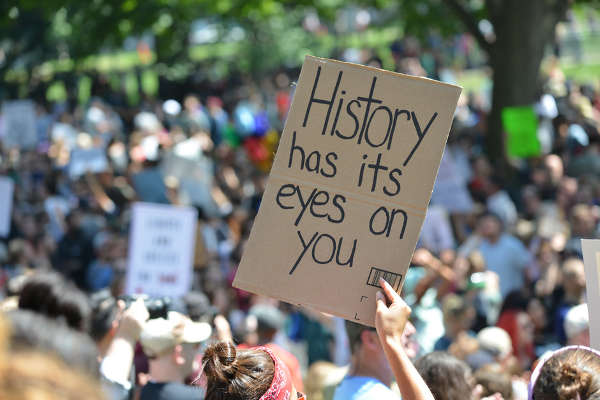 Throughout the 50’s and 60’s (20th century), US history can find emblematic reflection of social consciousness traced to music, art, and poetry. Of course every decade has its statements that unfold the envelope of human societal evolution. But to see the beginning of this in my lifetime as I reflect on the current unrest that has divided our country I see the pendulum swing.

The music of the fifties was about love, dancing, rock and roll, rhythm and blues, within a framework of simplicity that captured the spirit of the times. The art movement was abstract expressionism while any disillusioned voice became vocal through the medium of beat poets. The 1950’s history can be summed up as a time of conformity and compliance. There was underneath it all a rising tide of rebellion that would rear its head in the sixties. However, for the most part, it was poodle skirts, cruising, interesting jargon expressed in jazz scat singing and beat poetry which made its way into mainstream television with the popular show, Dobie Gillis.

All of this relative peace and tranquility would soon lead to music beyond our shores with the onslaught of the “British Invasion”, and then our own full on music, art, and poetry rebellion.

The music of the sixties produced the most profound explosion of rock groups that has extended into our current lifetime. The Beatles, Stones, Doors, Pink Floyd, Bob Dylan, Jimmy Hendrix, Led Zeppelin and a host of others produced music that was both creative and symbolic. Experimental drug use, the Vietnam war, riots across campuses through-out America, assassinations, landing on the moon, and the all important racial consciousness brought passion to music rarely experienced before or since.

In visual art, movements such as Pop Art (Andy Warhol) and Psychedelic Art (illegible hand-drawn type with intense optical color) became the most significant and shape-shifting concepts of these tumultuous times.

Poetry written by William Carlos Williams, Phyllis McGinely, John Berryman were conventional in composition and content but new ground was being broken wide open through cultural and political avenues highlighted by Langston Hughes, Amiri Baraka, and Gil Scott-Heron (The Revolution will not be Televised).

This poetic political landscape featured the rise of the Black Panthers, Flower Power, and Vietnam protests. This was the opening of the flood gate to pose important questions about race, gender, class, sexuality, and identity at large. Poetry is a tool which interacts with the world looking critically on the basis of language and aesthetics, but is also a counter-cultural product that has the ability to occupy both cult and mainstream status.

Today’s protests that have divided our country seem more a function of divide and conquer through a myriad of carefully calculated events. If you trust our government (Kennedy assassination, 9-11, etc.), and you trust Big Pharma, then absolutely go out and dance up and down for your vaccination shot (not knowing what’s in it our what the side effects are). But if you really want the truth go to “Part 1 “Birth of Big Pharma”. Just remember one thing in all the protests, vaccinations, and division politics… follow the money! Times they be a changing.

This blog is sponsored by PAZAZ™ “The Magic of Cooking” Kitchen tools for the discerning chef. Please go to pazazshop.com to purchase these “AMAZING” kitchen tools.