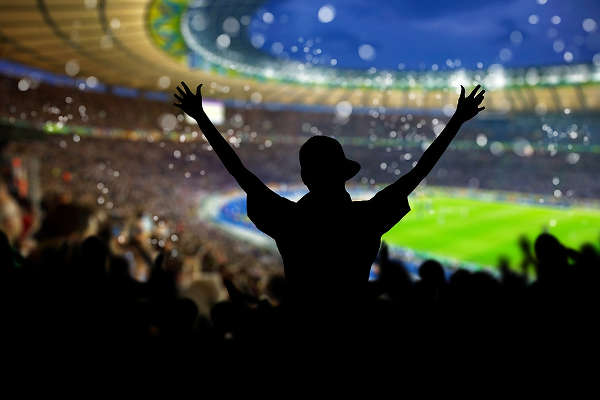 Since I was a little boy and learned to throw a football I fell in love with sports. I knew I had a talent for playing football.  I could throw that pig skin farther than anyone in the neighborhood. At that time the NFL and the NBA were just coming into their own.  Baseball was the king, but because there were no baseball fields close to our home we would throw the football around. The basket at school for playing basketball was way to high and so the only logical sport to play was football.

We really didn’t play football, we just threw the ball around. The chosen sports of the day were “dodge ball” and “capture the flag”. Those two sports demanded agility, the ability to get out of the way, and speed to run past potential threats as they tried to capture you in the game, “capture the flag”. That training served me well later in life.

As I grew older I began to watch sports. I marveled at their skill set and became enamored with their will to win. I felt somewhere deep down that the will to win would serve me well in other endevours not yet practiced and not yet discovered. So, in junior high I joined the flag football team.

I wasn’t that good at flag football but showed up everyday and got better as the season wore on. I remember that towards the end of the season the championship came down to our squad and the first string squad, both of us representing Davidson Junior High School. We played other schools over the course of the season but our records after everything shook out were the same.

The game started out with a run up the middle by their squad. The guy they gave it to was a big lug, very tall and very strong. I’m pretty sure he was a grown man! Anyway he came right at me as I was playing middle linebacker. He ran right over me like a big rig running over a possum. After I came to I realized I had grabbed the red flag from his belt thus ending his progress before it began. That was pure luck but gave me the confidence to make other plays on offense and defense. The game ended with a goal line stand giving us the championship and sending that “first squad” to the locker room. To this day that was one of my greatest personal sports memories.

The first game that I remember watching on TV was the famous “Ice Bowl” between the Green Bay Packers and the Dallas Cowboys. The date was December 31st, 1967 and I was transfixed watching Bart Star sneak over the goal line with 13 seconds left for the winning score. To this day that game is considered one of the greatest games in NFL history. It pitted two Hall of Fame coaches Vince Lombardi for the Packers and Dallas coach Tom Landry and a myriad of Hall of Fame players. This is the game that launched me into the sports fan I’ve become today.

This love of sport was a departure from my parents whom never watched any sports. My dad never played sports, never watched sports, just wasn’t interested.  Eventually my mom would bring me the sports section from the mailbox at the bottom of our driveway. She even watched sports when I was in High School to better understand the nuances of the game. She also did that because I played both football and baseball.

The bottom line after watching hundreds of Football, Baseball, and Basketball games (while attending some of the more notable) contests, is this: The beauty of sport is that the script is never written. Over the course of my short life the players have gotten bigger, stronger, faster, but the contest of wills remains the same.

Usually the sporting event becomes a test. The test is that of skill, strategy, but more importantly a test of determination. The more determined (even against all odds) becomes the victor. As the season progresses the stress heightens as the prize comes into view. For those teams that have been healthy and continue their quest, the journey to that place in the record books makes the thrill of victory much sweeter.

This weekend our beloved 49ers take on the Cowboys. This storied rivalry I’ve been watching since the early seventies. These two teams have played for the right to go to the Super Bowl nine times.  This time the 49ers are favored to go to the Super Bowl. The beauty of the “script never written” comes into full focus as the fans on both sides are predicting victory… and to the victors go the spoils. GO NINERS!!!